Radical Ideas For The 21st Century

Based in Vancouver, British Columbia, Canada, Adbusters is a not-for-profit, reader-supported, 60,000-circulation magazine concerned about the erosion of our physical and cultural environments by commercial forces. Our work has been featured in hundreds of alternative and mainstream newspapers, magazines, and television and radio shows around the world.

Adbusters offers incisive philosophical articles as well as activist commentary from around the world addressing issues ranging from genetically modified foods to media concentration. In addition, our annual social marketing campaigns like Buy Nothing Day and Digital Detox Week have made us an important activist networking group.

Ultimately Adbusters is an ecological magazine, dedicated to examining the relationship between human beings and their physical and mental environment. We want a world in which the economy and ecology resonate in balance. We try to coax people from spectator to participant in this quest. We want folks to get mad about corporate disinformation, injustices in the global economy, and any industry that pollutes our physical or mental commons. 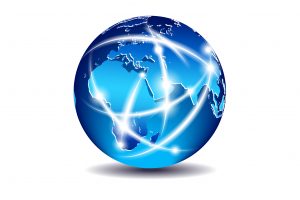 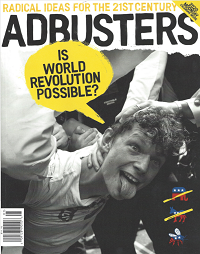